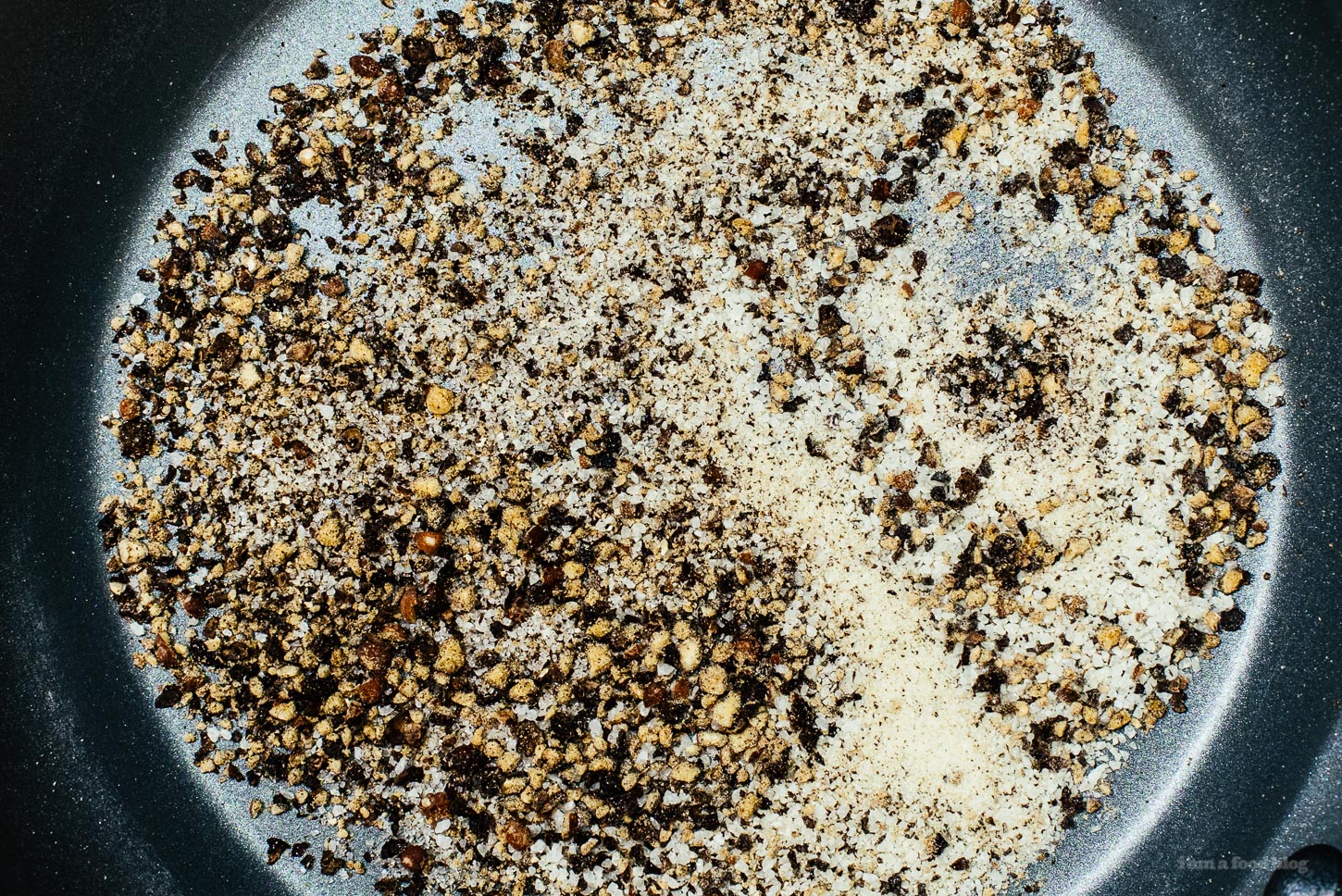 We have been eating a ton of seafood, as one does while on the coast. But, I’ve noticed, in all of our lobster, clam, and fish eating, that there aren’t a lot of prawns on the menus. I think it’s because they aren’t really caught around here? I’m not sure and haven’t quite looked into it yet. What I do know is that every year, there’s a definite spot prawn season that varies from year to year. The season window is small, about 4-6 weeks and there becomes a kind of frenzy when people start spotting (heehee) the prawns in restaurants, grocery store tanks, and on the docks.

Mike and I are big fans of spot prawns. We both have fond memories of prawn feasts when we were little. Our parents would go down to the docks, buy pounds and pounds of prawns and we would feast. Mike’s parents steamed theirs in beer and had a lime salt and pepper dipping sauce, while my parents would simply steam them and eat them dipped in sweet soy. Eating a big pile o’prawns takes me back to childhood in a flash. Eating prawns also reminds me of the chapter in The Witches where the grandma tells the narrator about how shrimp heads are the best part. 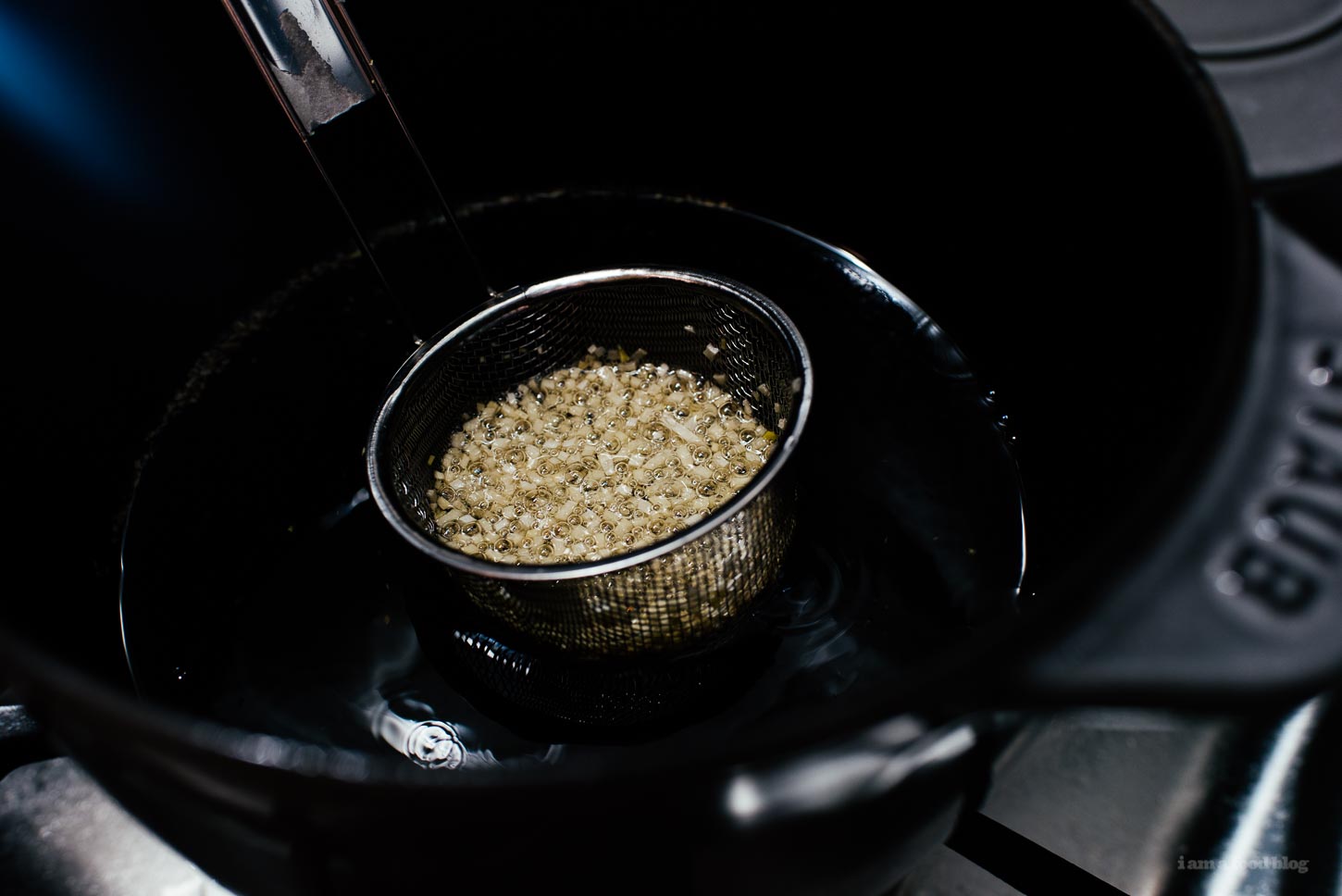 I really do think the heads are the best part, even though some people are grossed out by the idea. We took the heads off these guys for a cleaner presentation but you better believe that we saved them to make some prawn stock with. Normally we would have just steamed these guys, but Mike was fiending for salty garlic prawns so he looked up a recipe and we went to town.

I love it when someone else chooses recipes. It takes all of the hard work out of trying to figure out if the recipe is a good one or not. And since Mike asked his mom for the recipe in Vietnamese, it was guaranteed authentic, which is to say that she said it was deep fried prawns with salt, pepper, and chili. I wouldn’t have known where to start with that, but Mike figured it out, easy peasy. 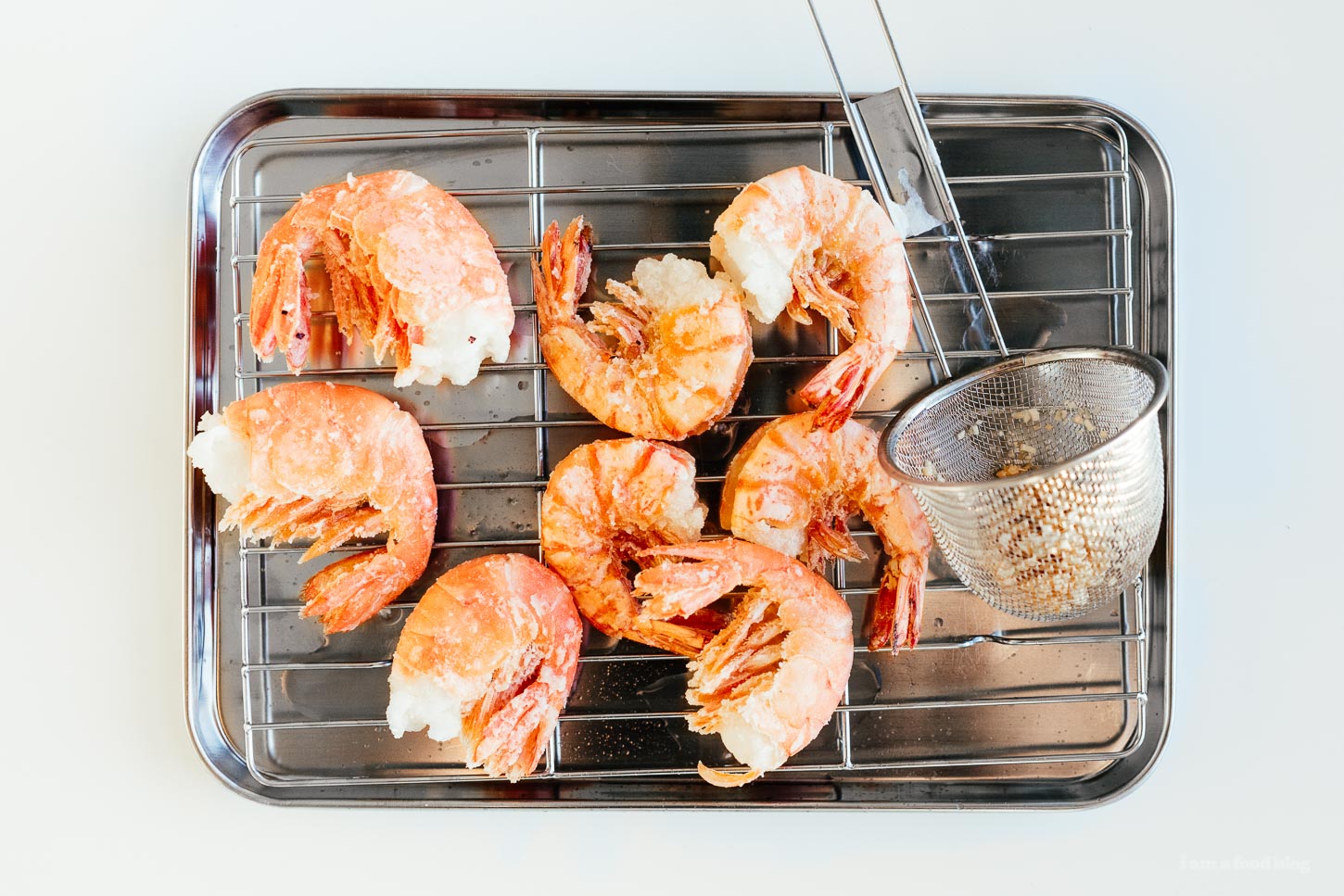 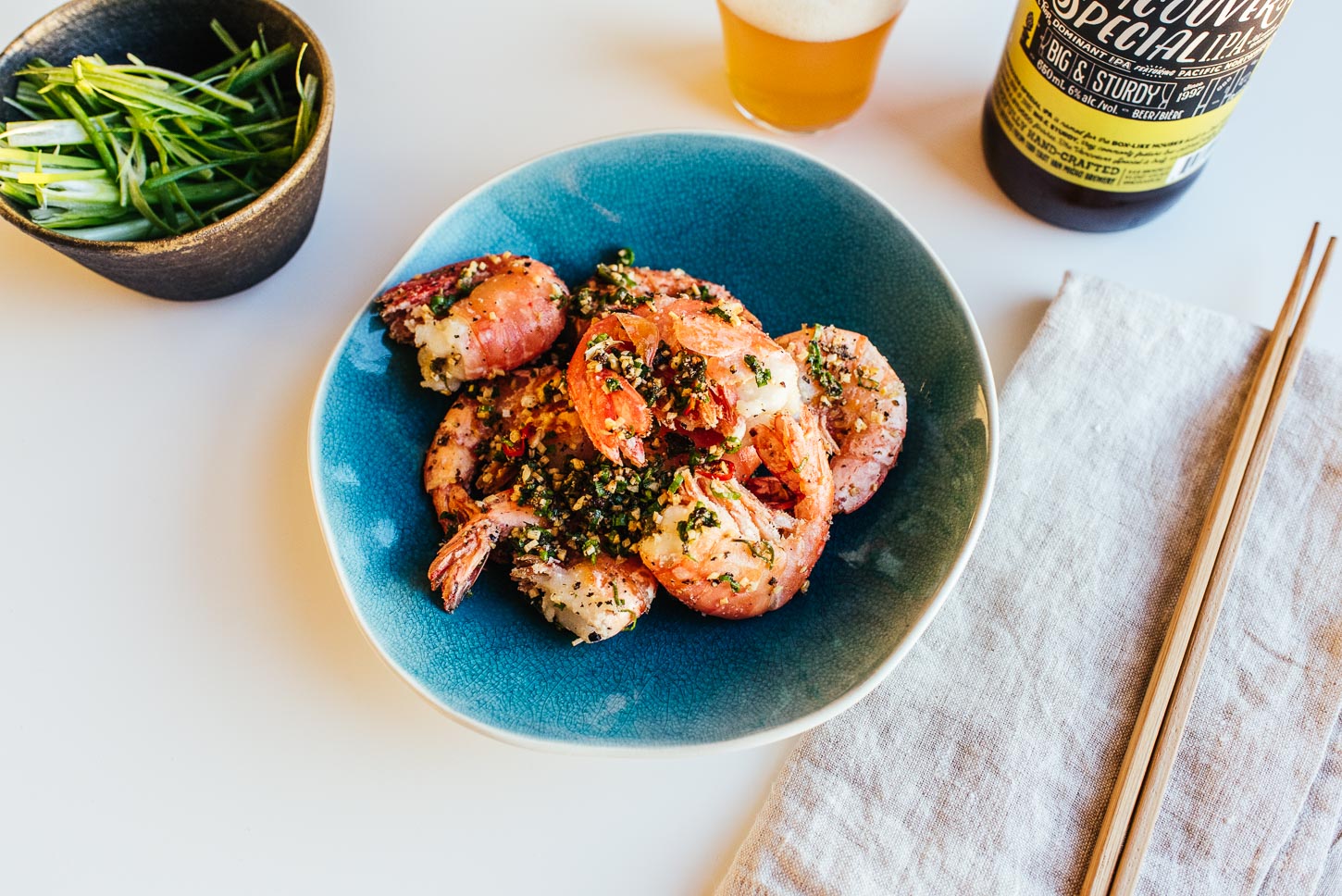 It really is an easy recipe, once you’ve done the deep-frying, which I got to do. First, I deep fried some minced garlic and set it aside. Then, while I tossed the prawns in cornstarch and deep fried them, Mike roasted some salt, pepper, and sugar in a dry pan until it was golden. We added some sliced Thai chilis to the pan, the deep fried shrimp and garlic, gave it a quick toss and boom, deliciousness! Crispy, salty, peppery, and seriously so good.

PS – If you’re looking for a non-deep fried version, you can check this recipe out.
PPS – If you’re wondering why some of the prawns are spot prawns and some are tiger, well, we were doing a taste test. No surprise, the spot prawns won 🙂

In a small, dry, non-stick pan, heat up the pepper, salt, and sugar over medium heat, stirring occasionally, until brown and roasted, about 1-2 minutes.Remove from the heat and scoop the mixture out into a small bowl. Leave the pan dirty as you’ll be using it in a second.

In a very deep, heavy bottomed pot, heat up about 2 inches of oil to 325°F. Flash-fry the garlic, using a tiny mesh colander, until golden, 20-30 seconds. Remove from the oil and let dry on paper towels.

Bring the oil up to 375°F. Lightly dry off the prawns with clean paper towels and toss in cornstarch, shaking off the excess. Deep fry the shrimp until cooked, about 30 seconds to 1 minute, depending on size. The prawns will be cooked when it changes to bright orange. Remove from the oil and drain on a wire rack. 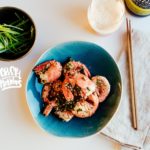